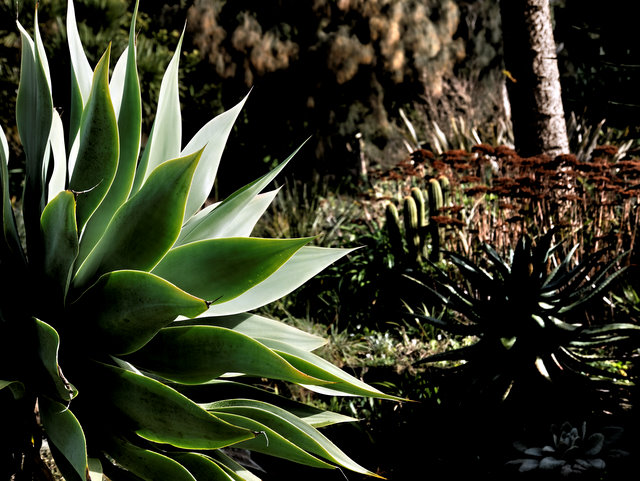 Posted by william martin at 10:47 PM 2 comments: Links to this post 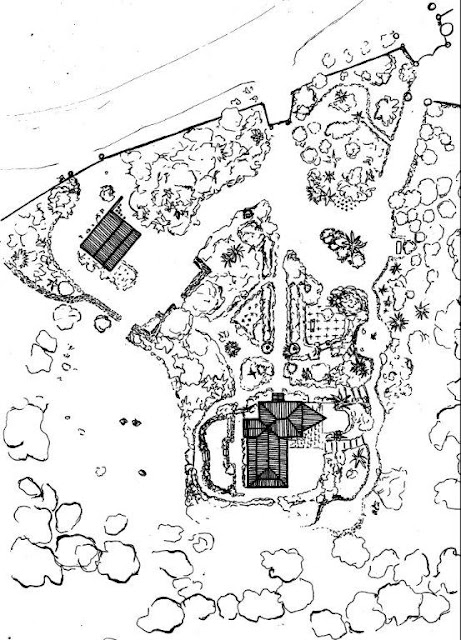 Posted by william martin at 9:45 PM No comments: Links to this post

Is Wi-Fi Making Trees Sick? | Inhabitat - Green Design Will Save the World

Is Wi-Fi Making Trees Sick? | Inhabitat - Green Design Will Save the World
Posted by william martin at 6:22 PM No comments: Links to this post

Inspiration Wall
Posted by william martin at 2:58 PM No comments: Links to this post

Corinne Julius broadcasts on design, craft and gardening on BBC Radio 4 and writes for the Evening Standard

Gardens have lost their greater ambitions. They are no longer a stimulus for artistic debate nor are they an accepted medium for creative expression; television has reduced gardening to entertainment. We now judge gardens principally on the quality of their plants, planting and housekeeping which, while they are vital raw materials in most gardens alongside design, are only a contributory part of what gardens have to offer.

A parallel can be drawn between current attitudes to gardens and the way we look at paintings. Imagine visiting an art gallery only to consider the colour association, brushwork and framing of paintings, instead of the artist's philosophy, thinking, context and narrative, and the way atmosphere is evoked. Yet this is the way we approach gardens now. The raw materials of gardens – the plants – are deemed more interesting than the gardens themselves and the ideas they provoke. This has to be reversed. Gardens are in a horticultural ghetto and after 200 years it is time they were released.

"Every garden designer knows there are absolutely no deep-seated neuroses lurking in the brains of the garden owners. Don't they?"

I was amused to read — in light of my column last month exhorting garden designers to 'think big' like landscape architects — that the subject of the Society of Garden Designers (SGD) autumn conference is 'thinking small', ie how to design really small spaces. My finger is clearly on the pulse, as ever... not! (As we used to say.) The conference lineup is extremely promising, however, with Bet Figueras (designer of 's botanic garden) and Sitta (Melbourne-based conceptualist designer) speaking.

Some blurb from the SGD ran: 'The common thread linking these small gardens is their ability to temper the effects of high-density urban living; to bring the flux of green, living things and a sense of open space and a "beyond" into the built environment.' Reqular readers will know that quotes tend to be introduced into this column only so that they can be ridiculed in a most unsporting manner. Not this time! The approach here is less concerted strangulation, more gentle peregrination.

It was interesting to see the idea mooted again that a garden will 'temper the effects of high-density urban living' — the notion of a garden as a healing environment, an escape from the stresses of modern (particularly urban) life, an ecologically sound pastime which will incidentally make us physically — and implicitly morally— healthier. Such touchy-feely notions are commonplace in the gardens media and surely help enhance the popularity of gardening among the public — as opposed to garden design, which probably suffers in terms of image when compared with the supposed moral superiority of 'pure' practical gardening. In such a view, gardening is innocent, guileless and healthy, while garden design is cynical, unncessary and corrupted by too much knowledge and thought. (Perhaps we can now begin to understand why practical gardening is apparently intrinsic to British culture...)

These ideas have also resurfaced to useful effect in the realm  of public-space design, where 'designing out crime' has become a buzz concept among urbanists and an expedient debating point for politicians. It is really a resuscitated version of the old Victorian paternalistic belief that well-maintained and orderly public parks will engender a well-maintained and orderly populace. One does not need to resort to the discredited 1980s academic discipline of environmental psychology to know that there is a good deal  of truth in this — and the fact is, more money has flowed into public parks as a result.
But the idea of the garden as brain-balm — an image which gardeners themselves conspire to convey — is only part of the story. After all, every garden designer knows there are absolutely no dark obsessions or deep-seated neuroses lurking in the brains of garden owners. Don't they?

While it is true that gardening can act as some kind of pill you can take to de-stress, it is not necessarily true that these soothing side-effects are the best thing a garden has to offer. Most people have a far more dynamic and emotionally engaged relationship with their garden than that would imply. It brings out both the good and the bad in them; it enriches their lives, in other words. We all know people for whom a garden or an allotment is to some extent an escape from family life, or perhaps even a replacement for human affection. Which is not necessarily a bad thing, of course — we all need time on our own, sometimes, and a garden can provide that. However, it goes to show how having a garden is a two-way thing, a symbiotic situation. A garden is not a pill that you swallow to make things better. It is a relationship — for better, for worse, for richer, for poorer, in sickness and in health and, in some cases, 'til death do us part.

'In the Name of Art'

Historically, gardens were used to discuss and evaluate society. Now most gardens are a hobbiest pursuit. Corinne Julius says they can be both.

What is a garden? And can a garden be 'art'? These may seem foolish questions, irrelevant to the act of creating or enjoying a garden, but to me they are fundamental in restoring the garden to its rightful place within the arts. Considering gardens as 'Art' matters because it can offer new ways of thinking about them, help raise the nature and design of the gardens, and broaden the language used to describe or discuss them.

What makes a work of art is a matter of intense debate among philosophers and art historians, but for me it has to do with intention. A 'work of art' has a conceptual side, an intellectual framework. The artist has a set of ideas that are exposed in what is created, and the creation asks questions of the person viewing or experiencing it. The created object can be challenging; it may be, but is not necessarily, beautiful. It is often a commentary on the society in which it is created. Is, should or can a garden be these things?
I believe that some can and should be.

Understanding the context
Historically some gardens (that today are highly valued) have been all these things; Viscount Cobham, for example, turned his gardens at Stowe, Buckinghamshire into a beautiful narrative of his political beliefs. The gardens were intended to – and did – make cultural statements that were comprehensible to visitors and cultural commentators. Today few gardens are created with what might be considered such grandiose intentions. Certainly cultural observers, should they choose, can evaluate today's society through its gardens, even if the statements are sometimes unintentional reflections on the shallowness and transience of our instant contemporary culture.

So why aren't contemporary gardens seen as 'Art?' I think there are two groups who reject the notion. Many in the art world display appalling snobbery about gardens. Since the 20th century the creation of gardens has been a populist activity, recognised and promoted as such in the media. Despite movements in contemporary art that investigate the everyday, for some in the art sphere if the common man (or woman) can do it, be it painting or gardening, then it is certainly not 'Art'.

The preoccupation of many gardeners with plants above all else alienates many artistic observers. It revives the rather outdated arts debate about 'physical craft' and 'intellectual art', reinforcing the view that gardening is about doing, not thinking. The prettification of gardens is deemed another minus from some commentators: they cannot be serious. This view is compounded by the commodification of the garden in makeover programmes, reinforced by the idea that gardens are just another way of increasing house values. Another damning point against the garden as 'Art', for many artists, is that gardens have a utilitarian purpose. The fact that gardens depend on environmental factors means that, for some, the end product is not autonomous: it is always changing and therefore cannot be 'Art'.

Out of the pigeonhole
Gardens cannot be put in a museum; they cannot be stuck on a plinth in a white space. Contemporary gardens rarely have a philosophical or metaphysical framework in which they exist. If one is attached it does not set out to define the creation of the garden, but is often added later. Cultural institutions reject the garden because of snobbism, the debate over who has created the garden and because (usually) it cannot be sold, carried away and displayed elsewhere.

If this is, in caricature, the arts' view of the garden, then gardeners can be equally sniffy. Some think that 'Art' is the antithesis of getting their hands dirty, so it has no relevance to the garden – part of that very British anti-intellectual streak of which so many Brits are so inordinately proud. 'Gardens are about plants' goes the mantra, so 'Art' is neither here nor there. Gardens are pretty places in which to escape the modern world; they may be spiritual but they are not challenging, and never should be.

I reject both the arts-world and the gardeners-world arguments. For me a garden should reflect its creator's brain, his or her world-view. It should ask questions. It should seek to create new forms and welcome new ideas. A garden is a space to think anew, to challenge and hence refresh. By lifting gardens into 'Art,' better gardens may be designed. The garden as 'Art' may or may not look that different but could give gardeners and commentators a new language with which to discuss them. That debate might provoke a new kind of garden for the 21st century.

Corinne Julius broadcasts on design, craft and gardening on BBC Radio 4 and writes for the Evening Standard

Posted by william martin at 2:25 PM 2 comments: Links to this post

"The plant never lapses in to mere arid functionalism; it fashions and shapes according to logic and suitability, and with it's primevil force compels everything to attain the highest artistic form." Karl Blossfeldt.